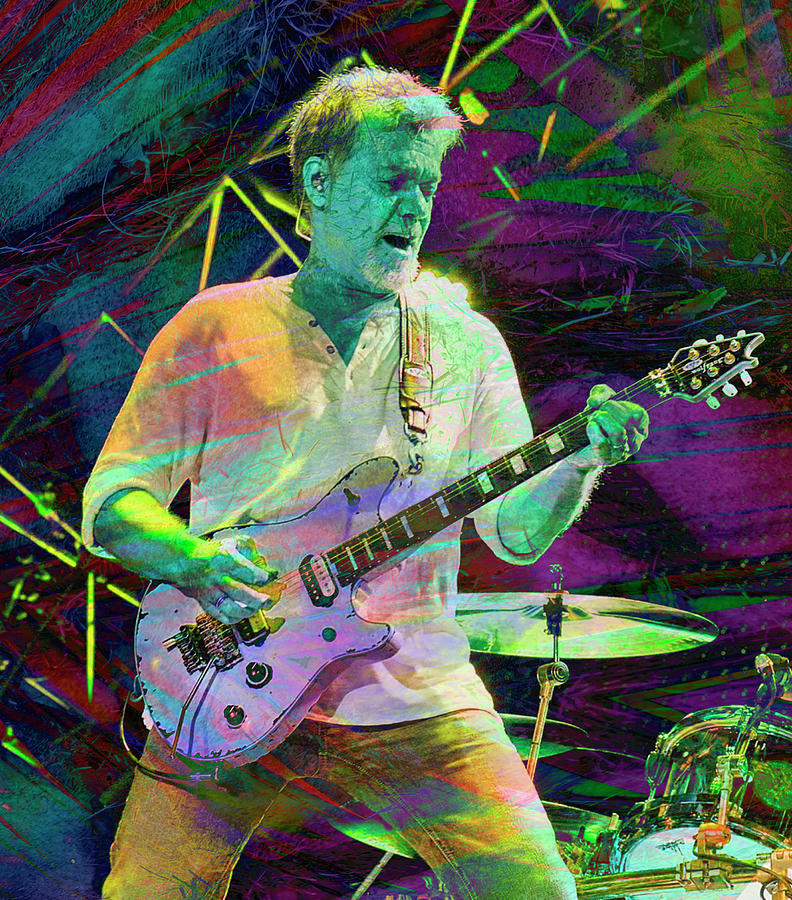 Edward Lodewijk Van Halen (January 26, 1955 – October 6, 2020) was an American musician, songwriter, producer, and inventor. He was the main songwriter and lead guitarist of the American rock band Van Halen, which he co-founded in 1972 with his brother, drummer Alex Van Halen, bassist Mark Stone, and singer David Lee Roth.

He was well known for popularizing the tapping guitar solo technique, allowing rapid arpeggios to be played with two hands on the fretboard. In 2012, he was voted number one in a Guitar World magazine reader's poll for "The 100 Greatest Guitarists of All Time".

In 1974, the band changed its name to "Van Halen" and, at the same time, became a staple of the Los Angeles music scene while playing at well-known clubs like the Whisky a Go Go. In 1977, Warner Records offered Van Halen a recording contract.

Upon its release, the band's album Van Halen reached number 19 on the Billboard pop music charts, becoming one of rock's most commercially successful debuts. It was highly regarded as both a heavy metal and hard rock album. By the early 1980s, Van Halen was one of the most successful rock acts of the time.[24] The album 1984 went five-times platinum a year after its release. The lead single "Jump" became the band's first and only number-one pop hit and garnered them a Grammy nomination.

Great work! May he rest in peace.

Congratulations on your sale, Rob!

Congrats on your sale!