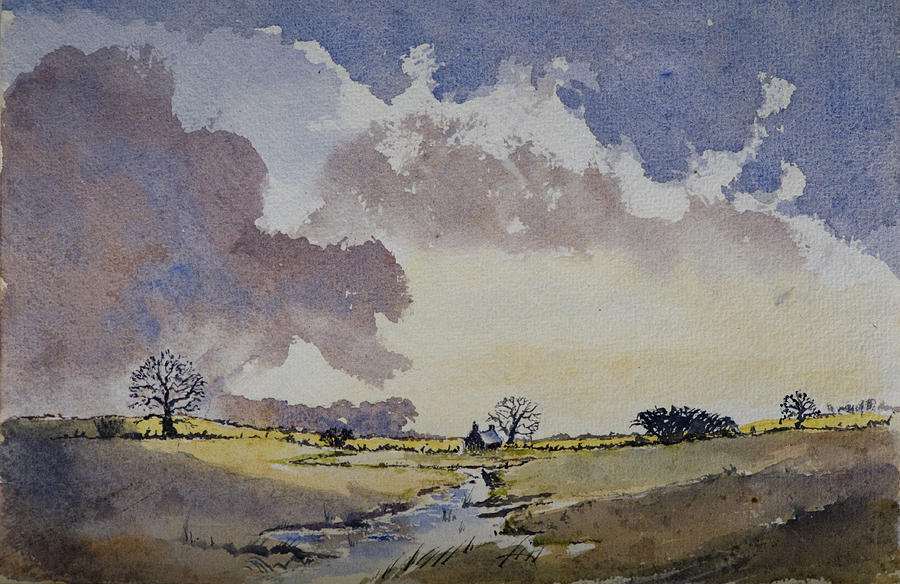 Connemara is a region in the west of Ireland. This artwork is typical of the gentleness of the rural Irish landscape with the peat or turf bogs renowned from this part of the country.

The film "The Quiet Man" was filmed in the area in 1952. It was a technicolor American romantic comedy-drama film directed by John Ford. It stars John Wayne, Maureen O'Hara, Barry Fitzgerald, Ward Bond and Victor McLaglen. The screenplay by Frank S. Nugent was based on a 1933 Saturday Evening Post short story of the same name by Maurice Walsh, later published as part of a collection titled The Green Rushes.

Those who saw the film will remember the wonderful locations that were used in this rugged part of Ireland. The film is notable for Winton Hoch's lush photography of this Connemara countryside and a long, climactic, semi-comic fist fight. It was an official selection of the 1952 Venice Film Festival.

Connemara is a cultural region in County Galway, Ireland. The area has a strong association with traditional Irish culture and contains a major part of the Connacht Irish-speaking Gaeltacht, which is a key part of the identity of the region and is the largest Gaeltacht in the country.

This is one of the most beautiful areas in Ireland, so it's no wonder that tourism plays such an important part to the economy. Also, Galway, as Ireland's third largest and most desirable city, is the gateway to the region.

This is really beautiful