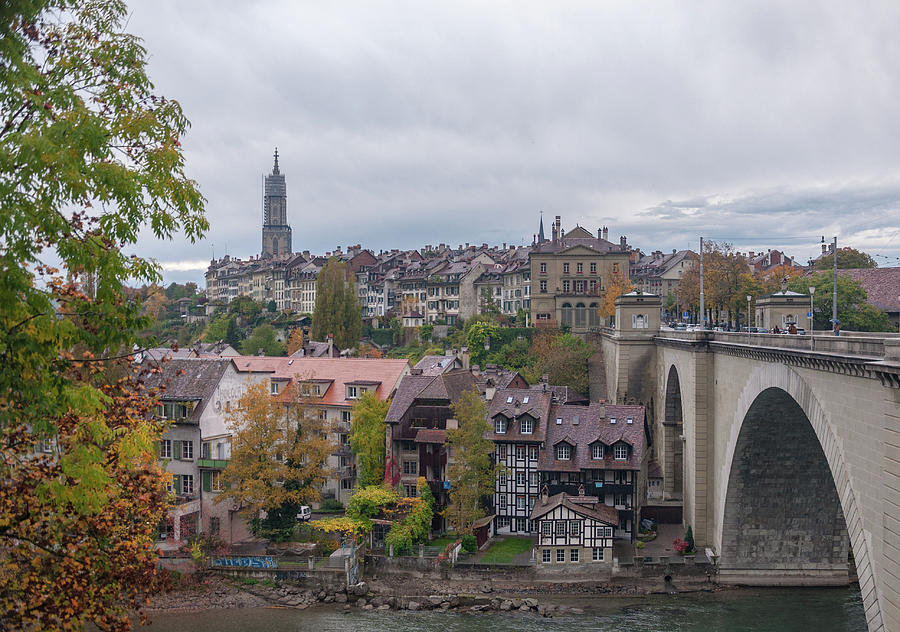 The River Aare flows through the city of Bern in a horseshoe-shape, part of it is seen here in the foreground. It passes beneath eighteen bridges and around the steeply-flanked peninsula on which the Old City of Berne is located.

Bern is the de-facto capital of Switzerland. However, the country does not have an official capital city, so Bern is referred to within Switzerland as the federal city.

The official language in Bern is (the Swiss variety of Standard) German, but the most-spoken language is an Alemannic Swiss German dialect, Bernese German.

In 1983, the historic old town (in German: Altstadt) in the centre of Bern became a UNESCO World Heritage Site.

Beautiful perspective of this lovely city!

Rob, Nice capture of the River Aare flowing through the city of Bern in Switzwerland

Your photo makes me want to visit Bern.

Rob, Great find and detailed presentation of the River Aare flowing through the city of Bern, with a nice overview of the whole city in the background